The weather for Monday was looking like the best for a wee while and with the day free I decided it was time to get and out and enjoy some of the early season snows.

Strathcarron seemed like a good venue and I was keen to take in a route that was different from the standard route up this pair of hills, which is a little steep and boggy (to say the least!), so I set off from the car park at Craig shortly after 9. My plan was to traverse the former Munro, now Corbett Sgurr nan Ceannaichean and then onto Moruisg. It’s a fairly lengthy walk-in up a track from here but you gain height quickly and the view back to the Coulin Forest, in particular Fuar Tholl, just gets better and better.  Its not long before you feel like you are properly getting into the mountains.

Near the first wire bridge over the Allt a’ Chonais I opted to take an old path across the hillside to cut the corner of the track. This is quite boggy and indistinct in places and propbably not worth the bother. However, it does bring you right to the start of the path up Sgurr nan Ceannaichean which is quite handy. And what a path it is! It is a bit grown-over in places and also lost in some places due to subsidence, but this is a properly old skool stalker’s path zig-zagging up this steep hillside making for an enjoyable the climb. Maybe not everyone’s cup of tea, but I enjoyed it.

Just after starting up, a C130-Hercules came over the Bealach Bhearnais and flew by at eye level which was quite cool. I reached the first snow around 650m, then at 730m the path comes to an abrupt end. Its a steep climb from there up wide slopes to the summit of SnC. The view along the ridge to Moruisg was stunning. 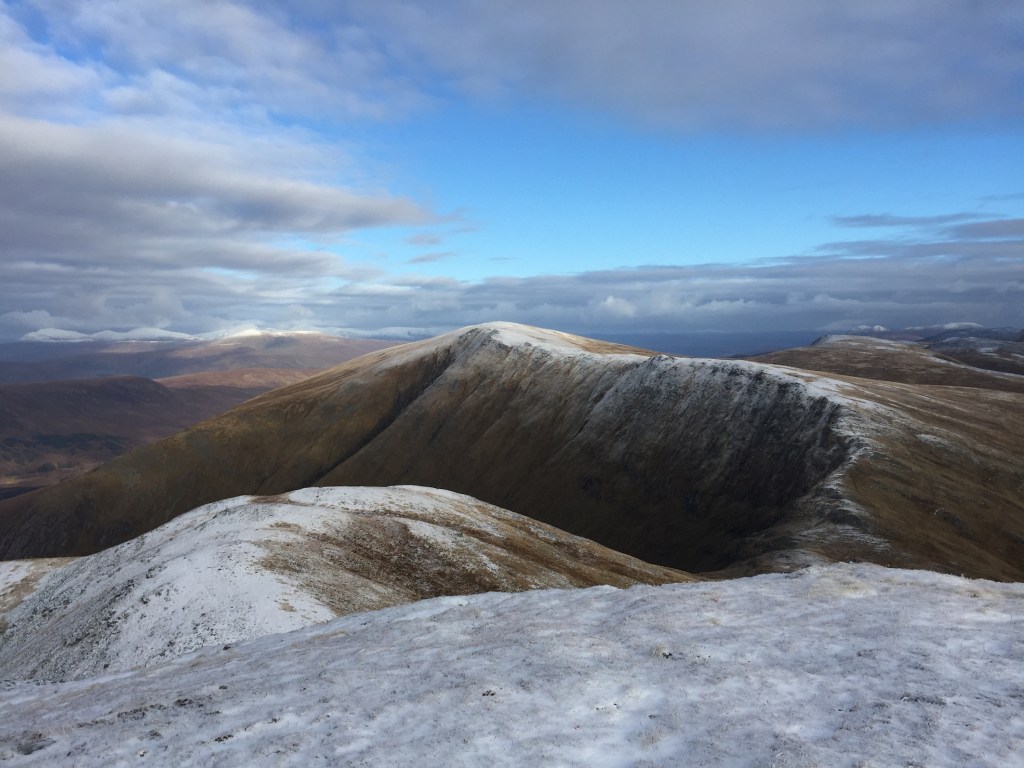 I met about 8 people on this top, the only people I saw all day.

After lunch I wandered along to Moruisg in about 45 minutes.  It was a lovely walk along an easy ridge with great views north to Torridon and Fisherfield.  There was really only a dusting of snow on top but it was good to be on some snow for the first time this season.  It was really noticable how much more snow was in the north on the likes of the Fannaichs and Wyvis but it was quite localised. 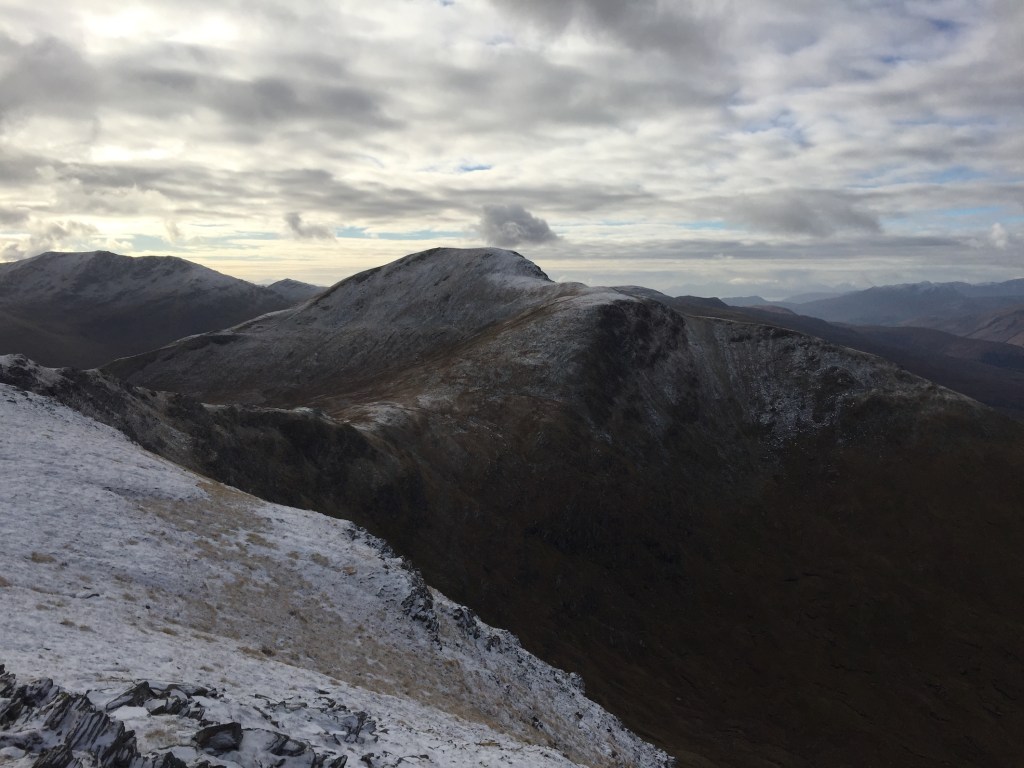 After another summit break to take in the scene down the strath and out to the Cuillins which had appeared for the first time all day, I wandered down ESE to the 874m top ESE and then headed south to pick up another amazing old path, equally winding, for a knee friendly walk down to Glenuaig Lodge. 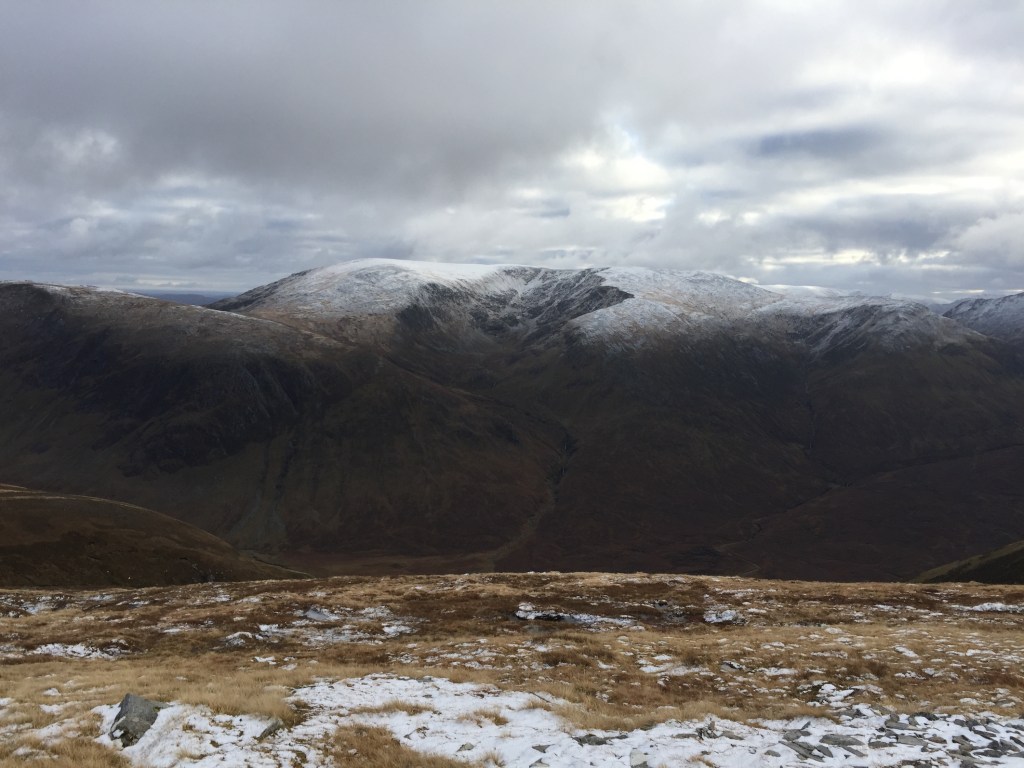 From Glenuaig it’s about 8km back to the car.  A long-way, but it’s a good track through some of my favourite hill country so I was quickly lost in my thoughts and didn’t notice the distance.

There were a lot of red deer knocking about the glen which were fun to watch, but a bit too far away to take a picture. I was back at the car just as it got dark and the temperature was already dropping quickly.  Hopefully it stays cold for some more snowy action later in the week.